As a child growing up, the allure of Southern California for its seemingly endless coastlines and relentless rays of sunshine convinced my parents, and the parents of millions of other children, to relocate to this fair weathered promise land. And why shouldn’t it. With the lack of blizzard filled winters, tropical storm free waters, or massive farm animal filled funnel clouds, this west coast haven had perfect living conditions written all over it. As too, writing a homeowners policy in this catastrophe-free state became far simpler and cheaper than states eastward. Insurers seemed to be in underwriting heaven.

As with many aspects in life however, things inevitably change. We continued to build. Our buildings got further and further away from solid, flat land. And eventually our disaster prone haven came out of hiding. No more true than one early morning in January 1994. That single event turned the California homeowners market upside down. Due to a law written in 1985, all insurers offering a homeowners policy in the state of California had to offer earthquake coverage as well. Following the massive recovery effort and the insurmountable insurance claims reported from the Northridge quake (over 300,000 according to a Los Angeles Times article dated 01/17/2014), most insurers backed out of the California homeowners market completely. This left a gaping hole. Lawmakers in the state quickly went into action to create the California Earthquake Authority: a publicly managed, privately funded, not-for-profit entity that pools insurance premiums to pay for incurred earth movement losses. Finally California insurers had a way to offer homeowners again, fulfilling the 1985 law requirement and reducing the direct financial burden of risky earthquake losses.

Was this the golden solution? Hardly. According to the same Los Angeles Times article, only 11% of homeowners actually have adequate earthquake insurance today. To make matters worse, the minimum coverage mandated by the state is a far cry from what is needed for a typical homeowner to fully recover from a catastrophic event.

Unfortunately, that was not the end for Southern California and its newly found disaster laden environment. Viable property by the sea quickly ran out. Everyone started moving up the dry, heavy brush slopes of our local mountains. Combining that with the consistent Santa Ana Wind events, disaster was bound to strike again.

While no longer the biggest or most disastrous, the 2003 Cedar Fire in the San Diego area was one of the first times I remember a fire disrupting so many lives and causing so much destruction. Burning over 280,000 acres and leveling over 3,500 homes, it has become one of the modern examples of nature’s power and again reminding us what happens without proper insurance coverage. After the aftermath of that fire, the then California insurance commissioner, John Garamendi, stated that some 64% of the homes destroyed were underinsured. From that single event, the California Department of Insurance received over 500 complaints related to underinsurance problems. His reasoning for lack of proper insurance? Insured’s are “mislead, misinformed, or did not completely understand modern insurance requirements” (Los Angeles Times, 08/01/2004).

Though it may seem a suggestion of this article that Southern California is the only half afflicted, most of us are keenly aware that Napa may never really be the same. Try searching in your internet browser for “1989 World Series” and look at one of the first suggestions. We cannot hide.

What lessons have the past 25 years taught me? What most standard insurance coverages actually offer versus what exactly is needed to cover your clients most valuable possessions is becoming vastly different. Realizing that there are markets designated and designed around finding and placing comprehensive coverage for those clients with high value, disaster prone properties is the next step. Finally, completely understanding and scrutinizing each specialty market to understand what and how all this relates to all your clients valuable possessions will ensure that happy clients come the next catastrophe. Good thing we all have countless hours in the day we can devote to doing just that.

For those of us who don’t, there is a solution: The California wholesale insurance marketplace. They have taken the hard tedious work of understanding the intricacies of all the Excess & Surplus (specialty) markets to give you and your client a thorough and simple solution. Ensuring that you have a good wholesale broker who has the proper personal lines underwriting knowledge base will help lead to lifetime clients and when the next major life event hits we are not on the wrong side of the statistics. 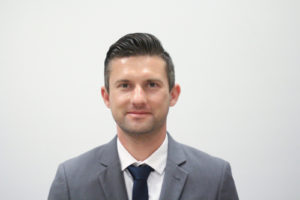 To contact our Broker/Underwriter Doug Weisskopf you can call him directly at (949) 722-4177 ext. 220 or email him at dougw@rechaixinsurance.com.